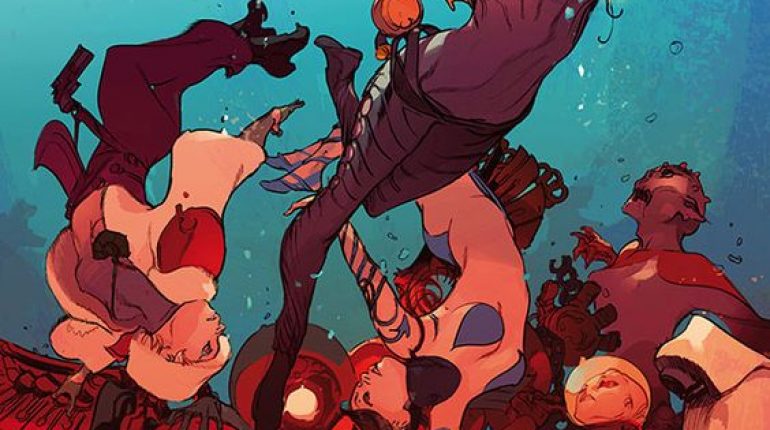 It so happened that people often combine the interest for graphic novels and science fiction. And it is no wonder since science fiction is an important cultural phenomenon, which spreads on to literature, painting, cinema and of course comics. But unfortunately recently there have been not so many sci-fi comics, which reflect on deep meaning about the scientific and technological progress and a place of a man in it. Therefore we decided to collect several must-read comic books which plot will please any science fiction fan. 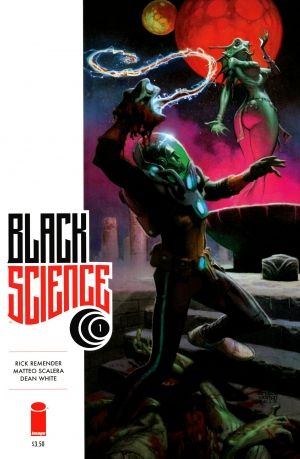 “Black Science” is a science fiction comic created by Rick Remender and illustrated by an Italian artist Matteo Scalera. The series has been publishing by Image Comics since November 2013 and at the moment includes 30 issues. In one of the interviews, Rick Remender mentioned that has already planned out the script and is going to make the 45th issue the last one.
The plot of “Black Science” is a dream for any sci-fi lover. The ingenious scientist Grant Mackay creates a device, which is able to punch through the space borders and allows the main characters to start an adventure in a countless number of worlds. But when the very first test turns into a failure, the researcher and his team, which includes Grant’s children, find themselves lost between the endless realities. During their search for the way home, Grant Mackay and his companions will visit bizarre worlds, where they will have to fight for their lives. This already difficult task gets even more complicated since there is not even a hint of unity between the team members.

The greatest feature of this series is its presentation of a story. From the very first pages, the reader is shown a lot of events with no context. Later the author gradually acquaints his audience with previous events with the help of flashbacks. A bunch of extras in one moment turn into very interesting characters with complex relationships. And the main character himself reveals a couple of dark secrets, which constantly appear in present.

“Low” is another sci-fi post-apocalyptic comic written by Rick Remender (also known for such series as “Deadly Class”) and illustrated by an artist named Greg Tocchini, whose unusual and colorful drawing creates a very special and memorable image.

Events take place in a distant future, where the sun turned into a red giant and made the surface of the Earth uninhabitable. Due to this reason, all people were forced to move under the water. The resources of the planet are exhausted. People tried to send robots-scouts to search for other planets suitable for life, but nothing was found. It seems that humanity lost its hope for survival. But the main character, a woman named Stel Kane, continues the search. She believes in better future even despite the fact that her husband was killed by pirates, who have also kidnapped her daughters. 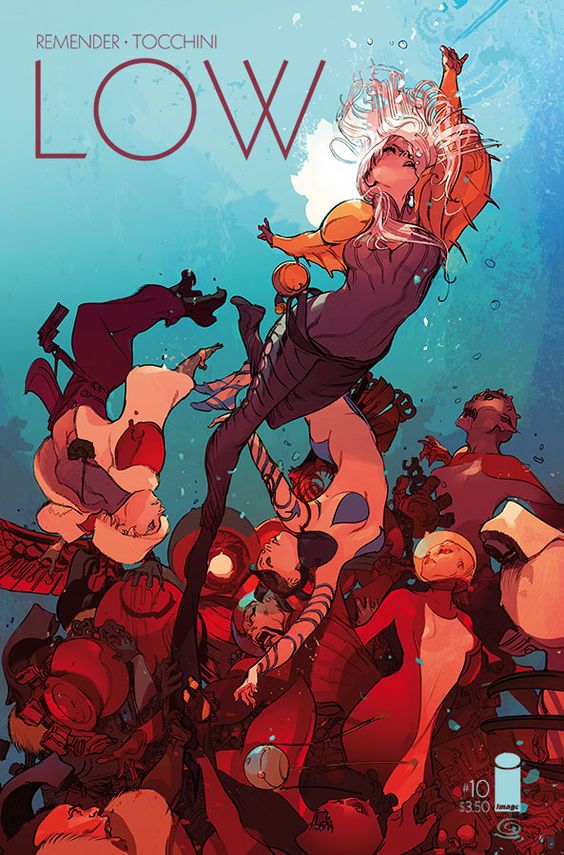 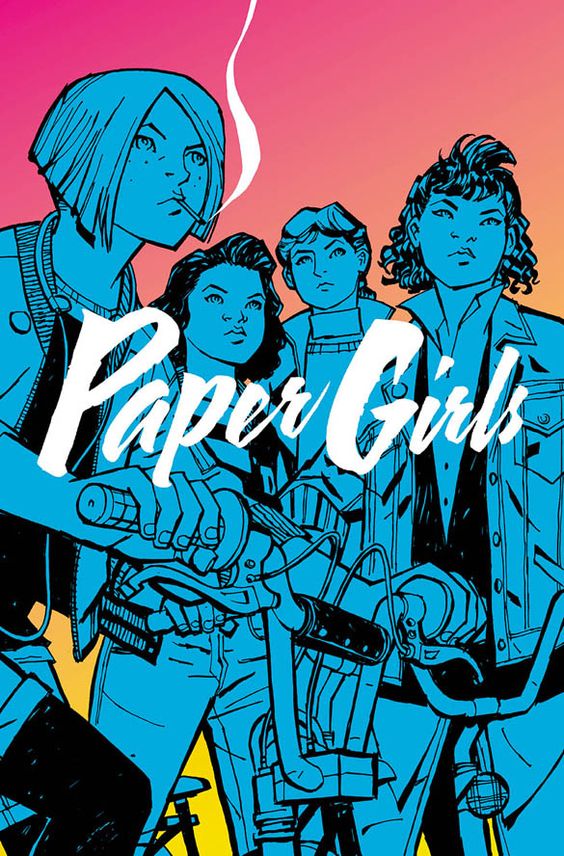 “Paper Girls” is a comic series in the genre of science fiction created by Brian K. Vaughan.It tells a story about newspaper delivery girls, who live in a small town. In the midst of Halloween strange things begin to happen and the young girls come across an alien conspiracy. Unlike many other comics describing how main characters explore other worlds, “Paper Girls” describes an invasion from a mysterious force from the outside. In addition, events unfold on the background of a traditional American household.

Cliff Chan's drawing is superb and the colors of Matt Wilson poke a fantastic and even phantasmagoric atmosphere. But for some reason, the author Brian K. Vaughan devotes very little time describing the main characters. Instead, he throws one twist after another, without having enough time to explain it. But even despite this fact, a lot of comics fans find the plot to be very interesting. The first volume pleases the science fiction fans with dinosaurs, time travelers and robots. In 2016 “Paper Girls” series won two well-deserved Eisner Awards for Best New Series and Best Penciller/Inker.

In 2015 Image Comics began publishing a new sci-fi series called “Descender”, which tells a story about the future in which mankind created robots, but later banned them. This comic series is created by a Canadian writer and artist Jeff Lemire, best known for “Sweet Tooth” and “Essex County” graphic novels. Although, Lemire only writes the script, while Dustin Nguyen is responsible for beautiful and detailed images.

“Descender” describes the future, where people have robots and travel in space. After the giant robot attacks the Earth, is was decided to ban all the robots and start to hunt them. In the center of the plot is an android boy TIM-21 struggling to survive in a world where robots are outlawed. There are hunters on every planet, who are ready to destroy anyone with signs of artificial intelligence. TIM-21 lives on an abandoned planet and is the most wanted robot in the universe because he contains the information about an attack, which happened ten years before the events described in the comic series.

By the way, Sony film studio decided to create a screen version of a sci-fi comics “Descender”. The company hired Jesse Wigutow to write the script. 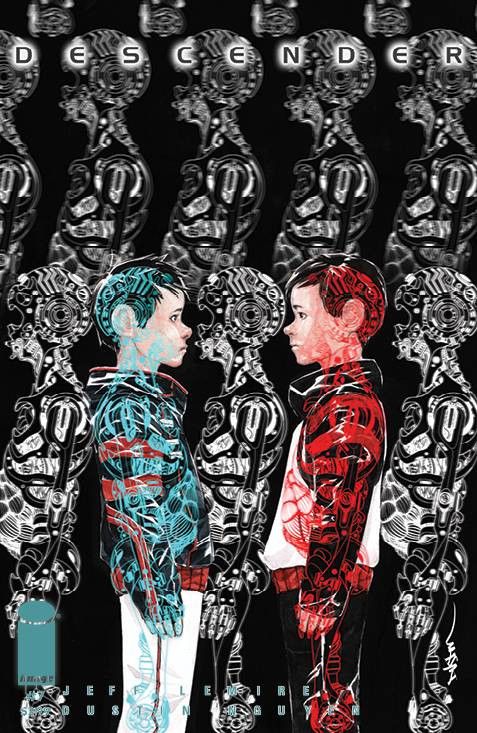 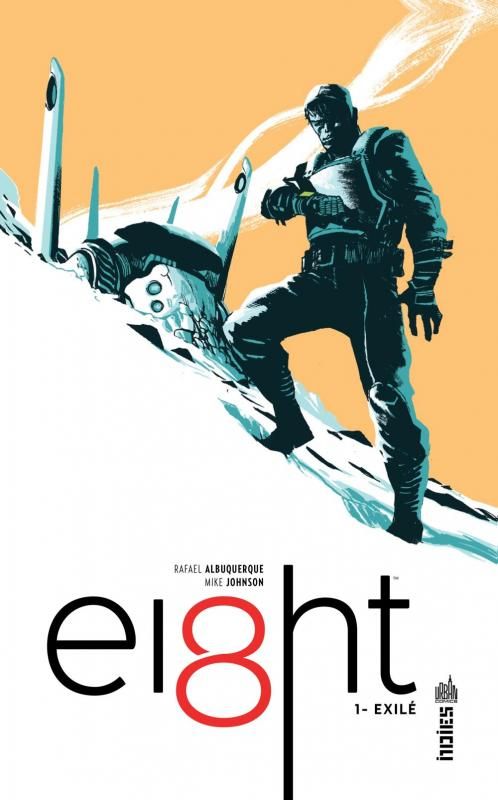 Created by Rafael Albuquerque and Mike Johnson, “Ei8ht” is a sci-fi miniseries telling an extremely unusual story about time travel. In addition to standard past, present and future time periods the authors also added a fourth one and called it Meld. The main character named Joshua is a chrononaut, who accepted a special mission to kill someone in Melt in order to save his dying wife. When Joshua arrives at the destination he finds humans and dinosaurs. Meld also turned out to have many levels of technology. This is not what Joshua expected, and he will have to find a way to survive in this inhospitable place.

To make it easier for the reader to navigate the events, each timeline has its own color range, which is shown at the beginning of the comic. Colors not only make it easier to follow the plot but also create needed atmosphere. For example, Meld story line is colored yellow, which translates the madness of this strange place and creates a feeling of constant tension. Yellow is also contrasting blue, which is a color of the future – a cold and indifferent place. Past time, on the other hand, has a green color, which symbolizes relatively young life, while present is purple, as a sign of an unstable and often volatile state.

The story is actually pretty short with a simple, yet sudden finale. Despite the four parallel lines, the graphic novel feels complete and does not need any continuation. By the last issue the reader gets the explanations and all of the riddles and secrets and revealed. 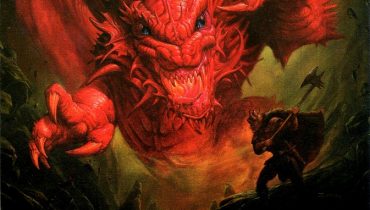 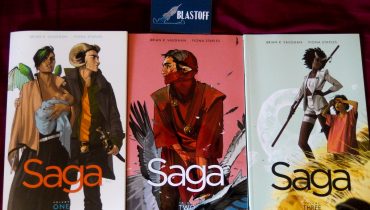