A comic is a series of images that tell a particular story. It is a unity of a narrative and visual action. In this form of art drawings and text are used to convey the essence of the author’s thought. Comic books may contain text or not, consist of one or more images that either illustrate the text or confront it in order to achieve the maximum narrative result.

Graphic novels are considered a mass art, which appeared in the late 19th and early 20th century. Originally comic books arose in the form of small humorous drawings in newspapers and magazines. And with the development of the technology, comics transformed into individual publications.

Today there is no lack of variety of comics around the world. The reader can choose from Chinese manhua to Japanese manga, American comics or short strips from Europe. But despite all the variety of styles and genres, the main goal of the comic book is to evoke feelings and emotions in the reader. Such elements as speech bubbles or frames with text are used to display a dialogue and to bring the necessary information to the reader. Drawings and their locations are designed to support the sequence of events in the narrative.

In the modern world, comics play a huge role not only in the entertainment industry but also in education and even science. Comics turned into corporations with a multimillion turnover and went far from just books and magazines. It is now theme parks, incredibly popular movies and computer games, the character of which are well known all around the world.

At the same time, a graphic novel is a delightful way to spend free time learning something interesting and new. It can be a great way to improve knowledge in foreign languages if you decide to read comic in its original version. Moreover, comics bring aesthetic pleasure from the quality work of artists, food for thought with its exciting plot and vivid emotions from getting acquainted with new worlds, events and characters that make you empathize, rejoice and feel sad with them.

As it was mentioned earlier, there are a lot of comics of different genres to choose from, including fantasy. As a genre of literature in general, fantasy formed in the first half of the 20th century. Nowadays thanks to the steady growth of popularity, fantasy has completely formed into an independent genre with its personal features. For example, often the events of a fantasy story occur in a fictional reality, in a kind of parallel world, which is similar to ours. Unlike science fiction, fantasy allows any fantastic creatures (gods, demons, wizards, animals and objects that can talk, mythological and real beings, ghosts or vampires).

Although, it is very important to note that almost all comic series make up a mix of different genres and never considered to be pure fantasy or something else. In our articles, we provide a selection of comic series, which combine different genres from fantasy to science fiction and horror. People who love mysteries and fiction will find a lot of great comic suggestions not only for the adult audience but also for little kids. We would like to encourage people to give comics a try because while everybody reads novels about Batman and Superman, there is a huge world of fantasy graphic novels, which remains unexplored. 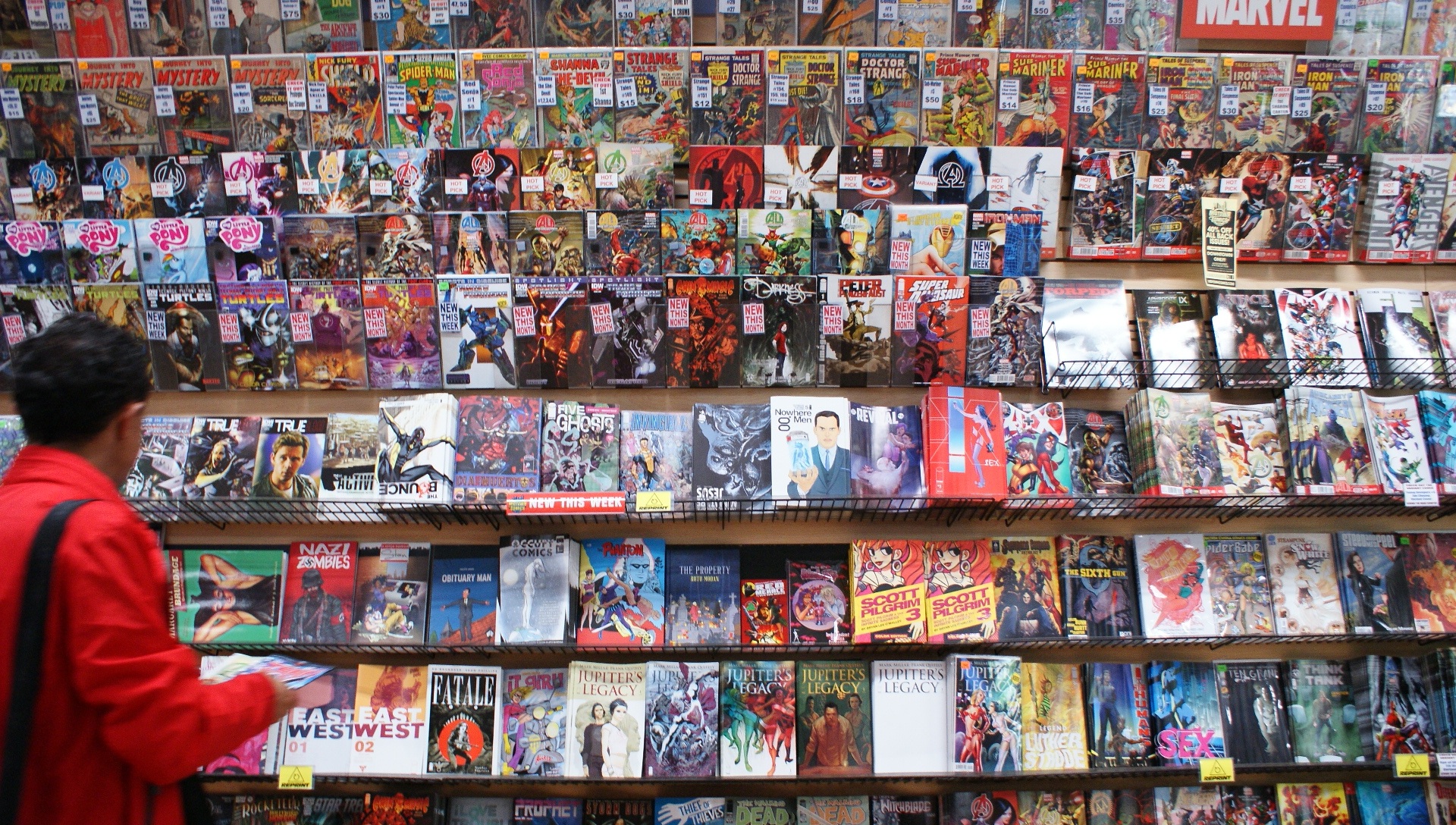 A collection of comic books